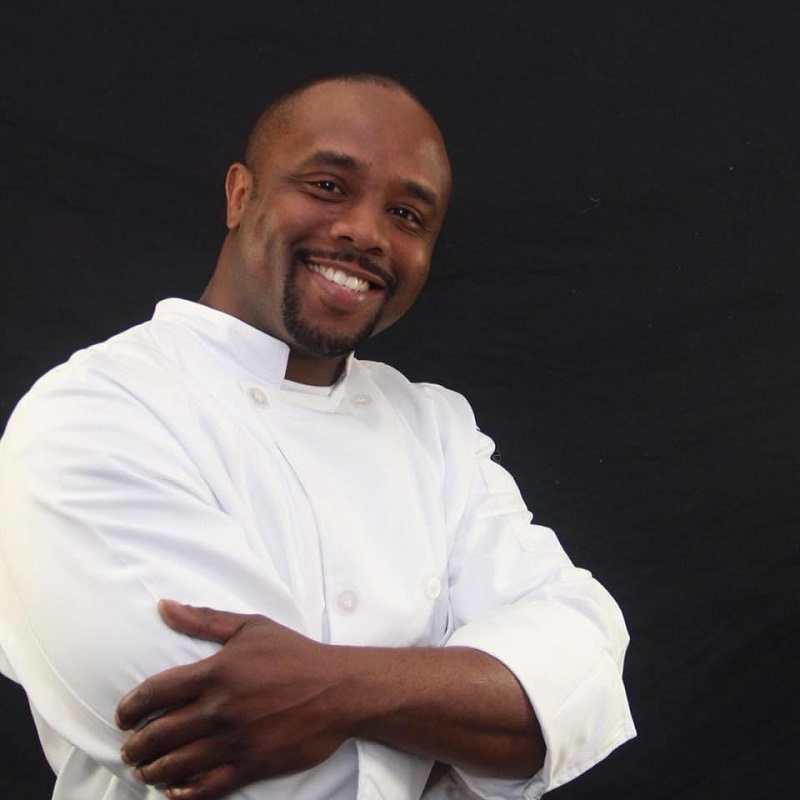 The episode of Cook That Ish that aired on July 31st featured 2 chefs making their best chicken and waffles dish in a head-to-head competition.  Damo made a dish comprised of a savory waffle and sauteed chicken.  And he did it in 25 minutes, which during one of our classes the multitasking would make people’s heads explode.  I asked him about it and he said he actually makes a much better entree than the chicken and waffles and it sounded amazing.  I think that he came up with an incredible menu for us.  Check out this link to the episode of Cook That Ish and join us in person to get the secrets directly from Chef Damo in person.  https://www.wave3.com/video/2021/08/01/cook-that-ish-week-/

Unfortunately, Damo agreed to do a class in October then it sold out in 3 days.  However, he just informed us that his grandmother has to have surgery on the day of his class.  Luckily, we were able to substitute a chef familiar with Chef Damo’s recipes.  Kevin Nelson will be leading this class.

Cajun Lamb Chops w/ A Side Of Asparagus,